Dallas, Texas (10/24/22) – A suspect named by Dallas residents as the “Nail Bandit” has been arrested.  At least 30 incidents have been reported of hundreds of nails scattered in major intersections and other high-traffic areas.  Neighbors in Preston Hollow picked up over 300 nails, only to find more scattered in the street later. The scattered nails had caused flat tires and increased concerns for safety. 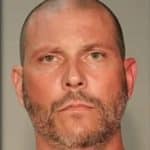 On October 24, Kevin Genter, 45, was arrested by Plano police in connection with a separate deadly conduct incident a few days earlier involving gunshots.  The fleeing suspect’s vehicle matched the description of a vehicle seen dropping nails throughout the parking lot of Toyota Headquarters on October 20 and 21.  Highland Park and University Park Police have confirmed that Genter is a suspect.