There are a variety of reasons WHY an adjuster denies a roofing or siding insurance claim; they dispute the storm date, they didn’t perform a thorough inspection, there wasn’t enough damage to warrant a replacement, or maybe they felt that the roof could be repaired instead of replaced. The WHY doesn’t really make a difference. What matters is what the contractor can do about it. 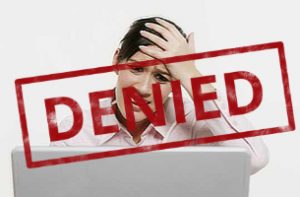 Denied claims are more work for the contractor AND the homeowner. The denied claim supplementing process involves submitting a detailed Xactimate estimate with corresponding photo documentation and educating the homeowner on how to challenge the adjuster’s initial findings. If you don’t want to lose credibility with carriers, you should only supplement denied claims when you feel confident the house has enough damage to warrant an approval. By choosing the right denied claims to challenge, you will increase the likelihood of getting approvals, but even if you eventually lose the fight, you will likely have gained a long-term customer and even get referrals.

What Are Your Options?

When you want to convert a roofing insurance claim from a denial to a full replacement, there are six main options at your disposal: Re-inspections, Estimates, Engineer Reports, Public Adjusters, Arbitration, and engaging State Insurance Regulators.

No matter the step, denied claims require more buy-in from the homeowner. Sometimes the homeowner will not want to move forward with the claim but when they do, they often become more emotionally invested and determined to get the denied claim overturned. That’s why it’s so important for the contractor to educate their clients on the process, set expectations and communicate every step of the way. Remember it all starts with being well-trained on how to identify damage, performing an accurate thorough inspection, and only working on properties with valid damage. If you start there, your likelihood of having a denied claim overturned goes up significantly.